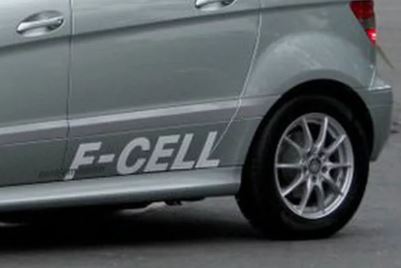 Luxury automaker Mercedes-Benz recently introduced a new hybrid SUV that runs on hydrogen and electrical power. American drivers can begin purchasing the GLC F-Cell before the end of 2019. This eco-friendly vehicle has the ability to travel more than 270 miles without refueling.

For the first time, hydrogen vehicles have the potential to attract motorists in large numbers. These autos produce no tailpipe emissions and little noise. They also have longer ranges than most all-electric cars, so drivers can use them for a wide variety of purposes.

As hydrogen autos gain favor, the demand for repairs and fuel will increase. Service centers could gain a major competitive advantage if they begin serving hydrogen car owners before other shops take action. The experts at Marathon can help your business add a safe, well-designed service bay for these vehicles. Please dial 800-919-9035 for a free estimate and further details on this lucrative opportunity.
The Past

Mercedes-Benz introduced its initial hydrogen-powered car in 1994. During the next two decades, it developed several more vehicles that consumed this fuel. Mercedes-Benz achieved a significant breakthrough in 2015; it created a concept car with an electric-hydrogen hybrid engine. The GLC F-Cell will enable the American public to benefit from this technology for the first time.

Officials in Europe and China hope to reduce air pollution by enforcing stricter limits on automotive emissions. This strategy could force manufacturers to abandon conventional vehicles with large gas or diesel engines. Multiple automakers have responded by developing cars and SUVs that use alternative sources of energy. 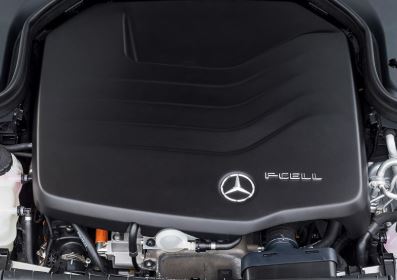 The GLC F-Cell offers a powerful engine with flexible settings. It reaches speeds as high as 99 mph and generates up to 197 horsepower. Motorists may choose to exclusively consume battery or hydrogen power at different times. During the winter, this innovative vehicle can warm passengers with the heat that comes from its hydrogen fuel cell.

Mercedes-Benz installs two hydrogen tanks beneath the GLC F-Cell’s floor and seats. They hold approximately 9.7 pounds of fuel. The SUV also features a rechargeable battery with a power capacity that exceeds 13 kilowatts. This vehicle can use electrical power to travel as many as 30 miles, and it boasts a 271-mile range.

Although the SUV differs from most Mercedes-Benz autos in numerous ways, its manufacturer has assured luxury car drivers that the GLC F-Cell will meet their expectations. The company has performed extra testing in an effort to maximize the safety of this vehicle. It also plans to include high-end comfort features, such as heated seats and sophisticated climate control.

Some drivers will appreciate the GLC’s fast, convenient charging options. It’s possible to revitalize the battery in 90 minutes at a public or private charging station. The SUV also runs on power from regular wall outlets. Its regenerative brakes help energize the battery as well.

When motorists run out of energy, they don’t always have enough time to charge their batteries. Fortunately, GLC F-Cell owners can refill both hydrogen tanks in only three minutes. This advantage will boost the popularity of hydrogen fuel stations as well as hydrogen vehicles service bays in repair facilities.
The experts at Marathon can help your business add a safe, well-designed service bay for these vehicles. Call 800-919-9035 for a free estimate and further details on this lucrative opportunity.