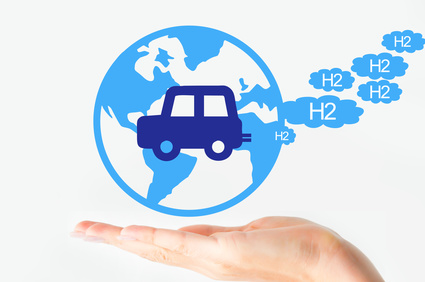 According to a recent Reuters press release via Toyota City, Toyota Motor Corporation is keen on investing in hydrogen fuel cell vehicles. The automobile manufacturer plans to introduce passenger vehicles and SUVs to the public at a quickened pace. With lower costs and the convenience of hydrogen fuel, the technology may eventually include buses. Toyota already has a strategy to improve its Mirai hydrogen fuel cell vehicle within the next few years. Toyota executives are convinced that hydrogen is going to increase in demand and is destined to become the main energy source within the next century.

Toyota plans to manufacture fuel cell vehicles on a heavy scale. The company wants to use less costly materials while also making sure the vehicles offer outstanding performance capabilities. Since hydrogen is the most available element, it offers the perfect answer to those who want cleaner energy sources for their vehicles. One thing to note is that hydrogen is capable of storing more energy than a battery. Consequently, automotive service providers need to start thinking about incorporating service bays in their stations. As an effort to mass produce fuel cell vehicles, Toyota is betting on the hope that many countries will demand hydrogen-operated vehicles in the future.

Keep up with Toyota’s Grand Scheme of Things

According to the press release, Toyota plans to introduce trucks and Suvs operating on hydrogen by the year 2025. Service station owners may think that press releases about the significance of fuel cell vehicles in the future are nothing but science fiction stories. People who think in this manner may lose out when the reality finally takes place. The fact of the matter is that Toyota is going to continue to produce fuel cell vehicles in all shapes and sizes. Whether customers are using these vehicles for their own private use or as public transportation vehicles, dealers and mechanics with service bays will benefit.

Toyota will continue to grow and nourish its futuristic dreams pertaining to vehicles running on hydrogen. As a developer of fuel cell vehicles since the beginning of the 1990s, Toyota is a true pioneer in its field. It does not look as though Toyota is going to quit building fuel cell vehicles. Service station owners should fuel their businesses with hydrogen service bays today.