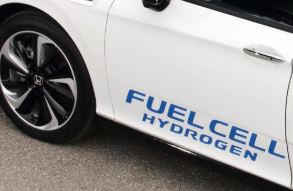 The National Fire Protection Association has promulgated a comprehensive code in NFPA 2 to address the handling, piping, and storage of hydrogen fuel, which is what powers the Honda Clarity and other hydrogen fuel cell vehicles such as the Toyota Mirai and the Hyundai ix35. There are strict regulations about the proper handling of hydrogen fuel, and mechanics and dealers need to make certain that they have hydrogen bays installed that comply with the rules. California has also issued its own set of rules that govern how dealers and mechanics should handle the servicing of hydrogen fuel cell vehicles, and other states are likely to follow as the cars become popular across the U.S.

Servicing hydrogen fuel cell vehicles requires working in a hardened shop or bay in which there are hydrogen detectors and lights that are explosion-proof. According to the Occupational Health and Safety Administration, the hydrogen that is used in hydrogen fuel cell stacks is highly flammable and may explode if it is not correctly handled. Hydrogen gas is also very light, is not visible and has no odor. This makes it very important that mechanic shops and car dealers have hydrogens bay to use if they service Honda vehicles for customers who need their Honda Clarity cars serviced. Our hydrogen service stations for Honda provide a safe, encapsulated that will protect the environment and your workers.

Purchase Your Equipment from our Reliable Service Station Company

At Marathon Finishing Systems, Inc., our hydrogen service bays meet all NFPA 2 requirements. Plus, you can use our service bays when you need to service fuel source vehicles. Impress your customers when they discover that you offer hydrogen service bays for their Honda fuel cell vehicles. Furthermore, you are sure to notice an improvement in your company’s return on investment (ROI). You will soon learn that the benefits of our hydrogen car service stations far outweigh the initial cost of your investment. Servicing Hydrogen Fuel Cell Vehicles by offering your customers reliable hydrogen service stations for Honda provides you with one of the best possible investment strategies you can make.

The risks to workers who work on hydrogen fuel cell vehicles can be mitigated by installing hydrogen fuel bays that comply with all of the U.S. regulations. In traditional service bays, dealers and mechanics have to protect against ignition sources that are 18 inches above the ground’s surface down to the ground itself. This is because normal gasoline fuel pools on the ground when it escapes during servicing. By contrast, hydrogen is lighter than air and rises to the top of the bay rather than pooling on the ground when it escapes. It can rise out of the top of the bays and quickly escape, making it important that the bay in which the hydrogen fuel cell vehicles are serviced are encapsulated so that the gas can’t escape. Car dealers and mechanic shops must also be concerned about potential ignition sources at the top of their bays since the gas floats up if it escapes.

Marathon manufactures hydrogen service bays for dealerships and mechanics that comply with all of the standards set forth by U.S. car manufacturers as well as the NFPTA 2. The bays are fully encapsulated and designed to provide enclosed and safe work environments for the mechanics who service the hydrogen fuel cell vehicles. The work zone inside of the bay is customizable to meet the needs of the servicers. The bays provide an excellent return on investment because they allow the work to be streamlined rather than going through the lengthy process that has to be followed to perform work in non-hardened shops. To perform work on a Hydrogen Clarity in a non-hardened shop, workers must go through a lengthy process to remove the hydrogen fuel from the vehicles before they can work on them. The bays obviate the need for the dealerships and mechanic shops to go through the process, which helps to improve the turnaround times when the vehicles are serviced.

Hydrogen fuel cell vehicles are increasing in popularity and are likely to continue growing as more cities and states add hydrogen fuel stations. The number of stations in California has rapidly grown. As they continue to be developed along the Eastern seaboard, more vehicles are likely to be sold there as well. It will not be long before fuel stations are added in the country’s interior, making it important for dealerships and mechanics to be prepared by adding hydrogen service bays. At Marathon Finishing Systems, Inc., we build custom hydrogen service stations for Honda that will be tailored to your exact specifications. To learn more about the hydrogen service bays that are available from Marathon or to obtain your quote, call (800) 919-9035.